Get the frill out of your grocery bill.

Once the undisputed market leader, No Frills was seeing share erosion from a raft of discount competitors. They could no longer own “the lowest” prices territory, and further, consumers' expectations of discount grocery had moved beyond price alone. They needed to show that No Frills was inexpensive, but not a compromise.

As Whole Foods and other competitors have heightened their in-store experiences with marble countertops and Italian lighting, their prices have followed. But those are the frills that No Frills says no to.

But rather than simply say that No Frills is better because it’s cheaper, we took the consumer’s point of view. We said that striving to save money on your grocery bill doesn’t make you cheap, it makes you savvy. 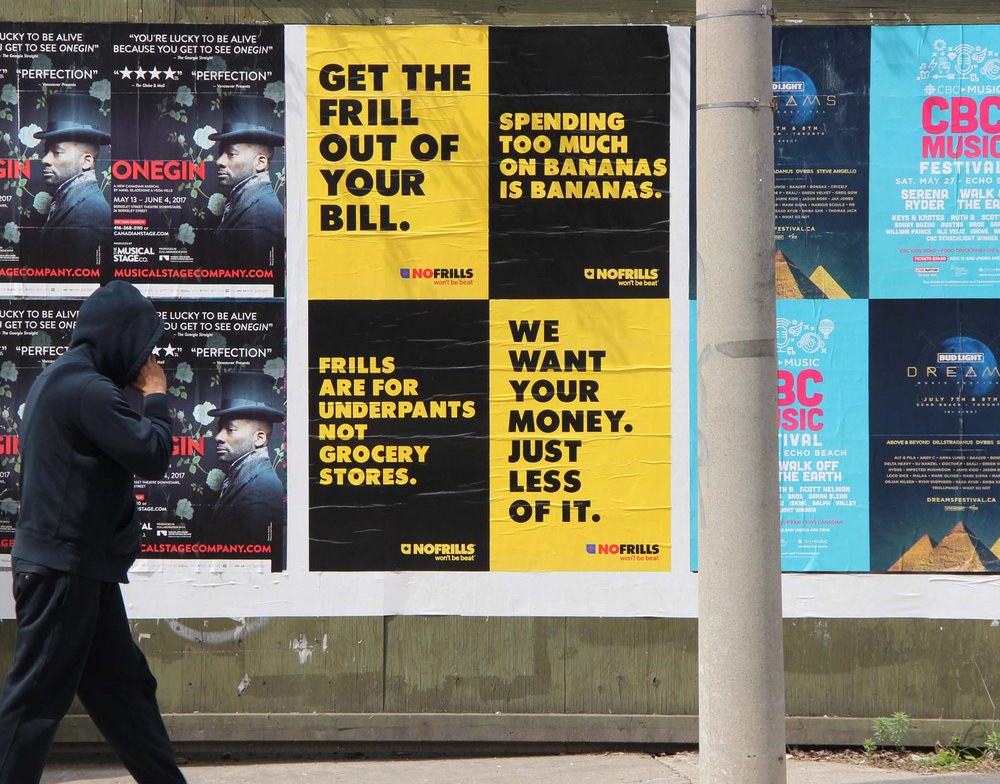 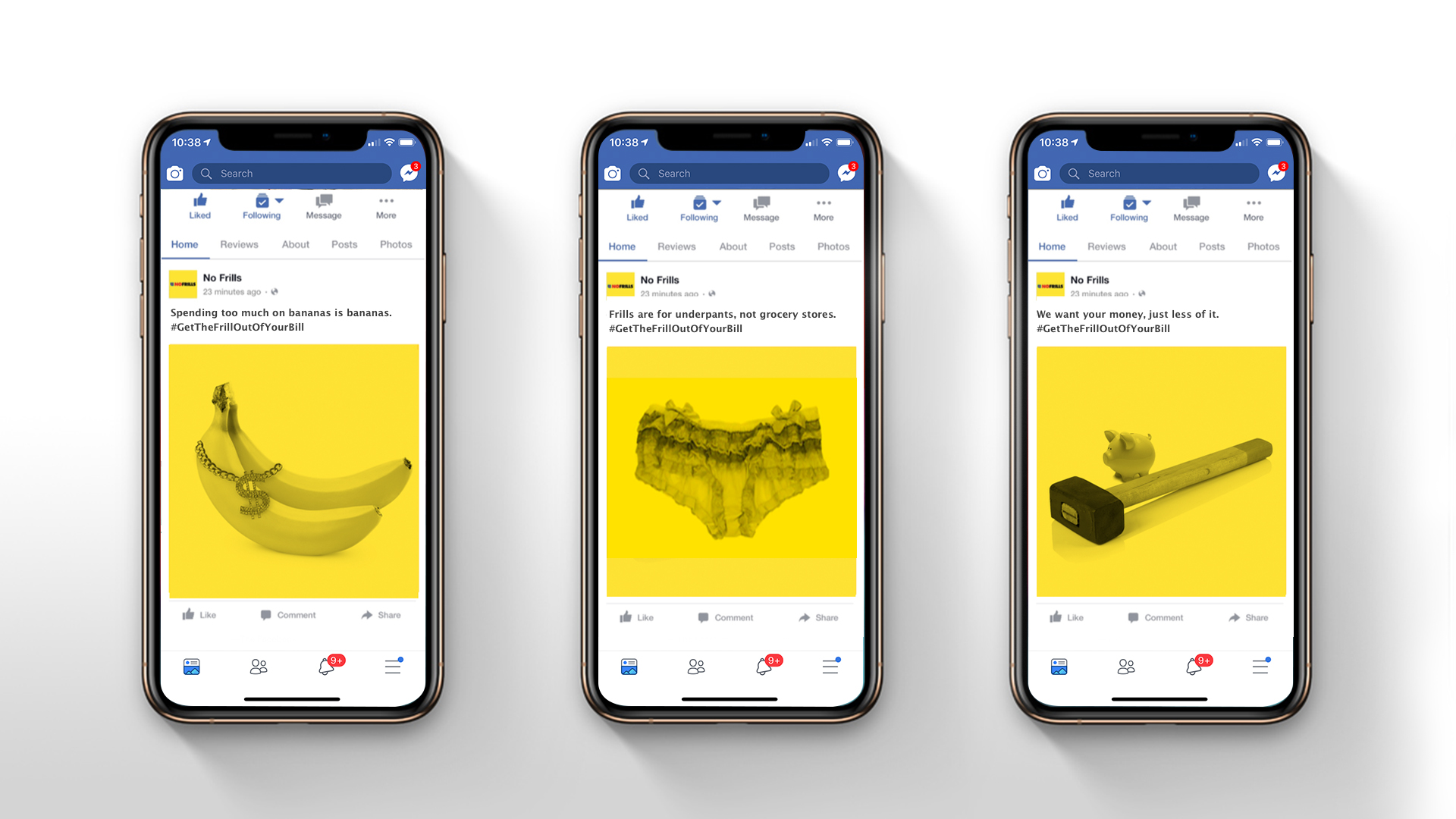